OPC: What made you want to pursue a career in the music industry?

T: Wow! I grew up around music. My mom is a professional singer and most of my family members are in the music industry. From being very little I’ve always been around music. I fell in love with it at a very young age.(Laughing) I feel like there was no other way for me to go.

OPC: How long have you been singing? When did you discover you had the ability to sing?

T: I started off singing at my grandfathers church. He has a very very small church in San Diego California where I was born. Started singing there once he gave me my solo I was like oh yeah (Laughing). This is me, this is what I want to do. I don’t want to do anything else in life. I knew pretty early that, that was from watching music videos and all the people I admired, I knew very very early that it was something I wanted to do.

OPC: Who is your #1 inspiration?

OPC: Who would you love to work with in the industry?

OPC: From what you’ve seen or heard, what makes a professional artist? An ideal superstar?

T: Someone who is very well rounded as far as their gift. Whether they have [tackled] the technical side as well as just being free enough to express themselves. There are people that have master both of those as well as being able to network and run a great business. It seems to me that those are the most successful in the entertainment industry. Their able to balance all of those different areas of their lives and stay on top even though its a lot. Its a lot to try and balance but from what I see the people that are very successful are able to balance all of that.

OPC: What has been your favorite part of your Journey so far? 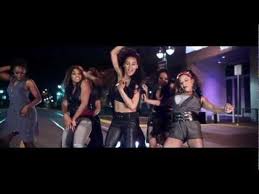 OPC: What song have you gotten the most feed back on?

T: Its weird because for women its this song that I have called ‘Its Complicated’ and its specifically about how a relationship goes wrong and your like what the heck happen we were doing so well. And I got that from all the people on Facebook land that had a status that said its complicated. I started seeing peoples comments saying what does that mean. And not everyone wants to admit it but everyone has been in that part of their relationship where their like I don’t know if were still together or whats happening so I wrote a song about that. From women I get the most feedback about that. And then I have another song that we shot the video for and its called ‘Ladies Night’. For a very strange reason a lot of guys (laughing) like that song. Their like I know I’m not supposed to dance to I know its a song for women but I like that song. Its very opposite ends of the spectrum but I love it.

OPC: Do you have a special zone you get in when your writing?

OPC: What do you want your legacy to be?

T: I hope that when its all send and done. When I’m old and grey and can’t do this anymore. I hope that what people just got from me is that I wasn’t afraid to go against the green and follow the dream that I’ve had since I was little. No matter what it cost me or what obstacles I’ve met. That’s what I stand for.