Last week, a story broke out that Jordyn Woods and Khloe Kardashian’s boyfriend Tristan Thompson allegedly had an affair. Woods has denied all allegations; because of this, she has been called a liar by the Kardashian family and the public, along with receiving threatening messages to her and her family. With so much confusion revolving around the story, Woods tries to tell her story. Jada Pinkett Smith has known Jordyn Woods her whole life and has been close to the Kardashian family for some time. Jada voices that this has impacted all three families, but Jordyn needs to let the world know the truth.

After listening to the entire video, I have to say I believe Jordyn. Not saying that I can’t be wrong, but everything she says seems like something that could happen to anyone. She doesn’t make up some elaborate story to convince us. It is the most generic story, nothing to question or consider.

We all can agree, and Jordyn says it often that she shouldn’t have allowed herself to follow the other ladies to Tristan’s house. It was inappropriate, and she acknowledges that many times.

I do want to explore the comments on her being drunk, as all these blogs feel the need to pick at her for mentioning the alcohol. Let’s be clear; alcohol surfaces a lot of built-up energy or feelings that one may have. People are making it seem like she is making an excuse. That isn’t an excuse; It’s the truth. She describes her sitting next to Tristan and how their feet touched. Inappropriate, but this is the only thing that raises a red flag for me. It seems like Jordyn may have had a connection with Tristan before this event. Not something that would cause cheating but a feeling that possibly lingered in the air when they’re in the room together. Something that neither one of them really acknowledged or perhaps just ignored.

Jada Pinkett Smith says it many times that everyone has been in a situation like this or similar. I’m not saying that the Kardashians should forgive her. I’m just saying these kinds of things are more common than not. It doesn’t matter who you are. We only learn from them and move the hell on.

When someone tells their story, it doesn’t always have to be that they are looking for attention. Sometimes people make mistakes and want to make it known that they made a mistake. It is possible someone can be genuine. Again I don’t remember whether Jordyn Woods is lying or not, but I won’t dismiss her apology just because people feel she wants attention. If that’s the case, no one would come out and say anything they’ve done or been through because, unfortunately, the world we live in, people love scandals that will bring them attention.

For the trollers…with all of the cases of people committing suicide because of bullying, it’s also inappropriate to send someone messages stating things like “That’s why your father deserved to die” and “I hope you die.” Hateful rhetoric is disgusting, and no one should ever speak to someone like that, especially not because of an alleged affair. Let’s be frank the Kardashians don’t know half of you who are “defending” them. You aren’t getting your bills paid, and you’re not going to become their best friends. You’re just fueling an issue that, when you go home at night, has nothing to do with your real life. Grow Up! These people are hurting and don’t need your petty and childish insults. 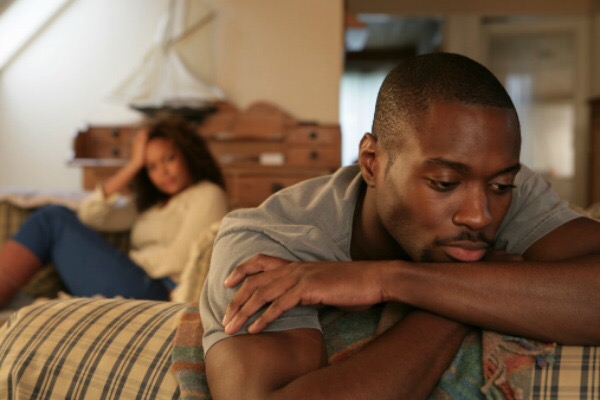 Yesterday Rihanna released the music video for her new single “What Now” that she has been promoting all week. The video is similar to her Russian Roulette video.
The video displays Rihanna is a long thin gown. She is in a empty room fighting with her intense feelings failure. I know everyone can relate to this video. When you just have no idea where to turn next or where you even want to go.
Just know that this is apart of life and with everyone negative comes a greater positive.

According to reports, Paris Jackson was rushed to the hospital late last night after a suicide attempt.  Just before she was wheeled out of her home on a stretcher with two slits on her wrist, the 15 year old had posted cryptic tweets on Twitter that read, “Wonder why tears are salty? Yesterday, all my troubles seemed so far away now it looks as though they’re here to stay.”

A source revealed to US Magazine:

She has major depression issues, a lot of it stemming from her dad’s death. It’s very real and very sad. She has been extremely depressed and not been able to sleep lately, staying up all night.

Earlier today, her mom  confirmed to Entertainment Tonight that Paris slit her wrists while telling the site that Paris has had a lot going on lately. She was also upset that she wasn’t allowed to go to a Marilyn Manson concert.

Via: Necole Bitchie.com
It hurts my heart to see a young girl going threw this type of pain. I don’t think a lot of people understand the pain that this girl must be feeling. I pray that she looks within herself and sees that she is worth all of what has to offer. Also I hope the relationship with her mother works out for the best.

Kobe Bryant went down last night during a game against the Warriors, and suffered a mean leg injury that ended his season. Although he has suffered plenty of injuries in the past,  his possible torn achilles at this point in his career, may take him out of the game for good.

In the wee hours of the morning today, before his surgery, Kobe hopped on Facebook to vent his frustration in a dramatic post:

This is such BS! All the training and sacrifice just flew out the window with one step that I’ve done millions of times! The frustration is unbearable. The anger is rage. Why the hell did this happen ?!? Makes no damn sense. Now I’m supposed to come back from this and be the same player Or better at 35?!? How in the world am I supposed to do that??

I have NO CLUE. Do I have the consistent will to overcome this thing? Maybe I should break out the rocking chair and reminisce on the career that was. Maybe this is how my book ends. Maybe Father Time has defeated me…Then again maybe not! It’s 3:30am, my foot feels like dead weight, my head is spinning from the pain meds and I’m wide awake. Forgive my Venting but what’s the purpose of social media if I won’t bring it to you Real No Image?? Feels good to vent, let it out. To feel as if THIS is the WORST thing EVER! Because After ALL the venting, a real perspective sets in. There are far greater issues/challenges in the world then a torn achilles. Stop feeling sorry for yourself, find the silver lining and get to work with the same belief, same drive and same conviction as ever.

One day, the beginning of a new career journey will commence. Today is NOT that day.

“If you see me in a fight with a bear, prey for the bear”. Ive always loved that quote. Thats “mamba mentality” we don’t quit, we don’t cower, we don’t run. We endure and conquer.

I know it’s a long post but I’m Facebook Venting LOL. Maybe now I can actually get some sleep and be excited for surgery tomorrow. First step of a new challenge.

Guess I will be Coach Vino the rest of this season. I have faith in my teammates. They will come thru.

Thank you for all your prayers and support. Much Love Always.

In his press conference after the game, Kobe also mentioned:

I was pissed and sad. I worked really hard to get to this point. I was pissed.

Players at this stage of their career, they pop an achilles and the pundits say they will never come back the same, and it’s pissing me off right now just thinking about it!

I’m praying for Kobe. I hope that he recovers. He has worked so hard and I would be heartbroken if this is the way it ends. Much Love! MuaH! 🙂

In the ‘Bad’ video Wale has a love interest, who is played by Eddie Murphy’s daughter Bria, that doesn’t want to attach emotions to her sex sessions. She has more fun with her girls and occasionally having bathroom sex with a sex guy she just met. It seems as if she is trying to find herself in the mix of all her sexcapades that means nothing.

This is a situation I find that most females are in now. Its sad but true.

The video was well executed. Love it! OnPoint!